Savarese BJJ’s Sean Yadimarco wins Kasai Pro match! Congrats to Sean Yadimarco on a dominant win tonight over a very tough Jeson Rosario in the Kasai Pro Grappling event. Sean is getting better and better w each match. So excited for his future. #kasaipro

Yadimarco pulled guard right away and swept Rosario, who has a very strong top game. He then passed the guard and controlled the match, attacking darce chokes from a tough sidemount. It was an impressive victory all around as Yadimarco showed all his skils. 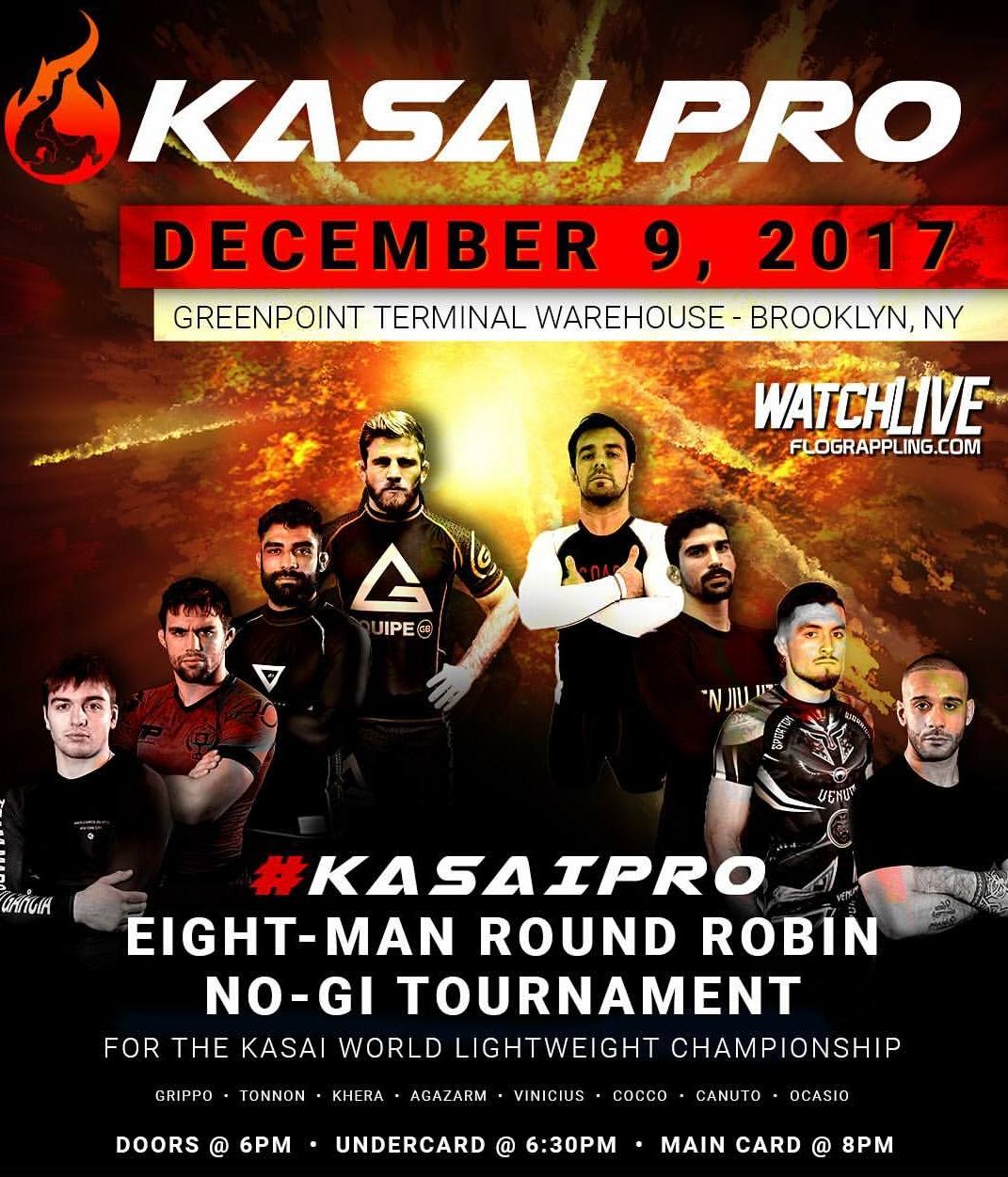 Eight-Man Tournament for the KASAI World Lightweight Championship and $10,000: