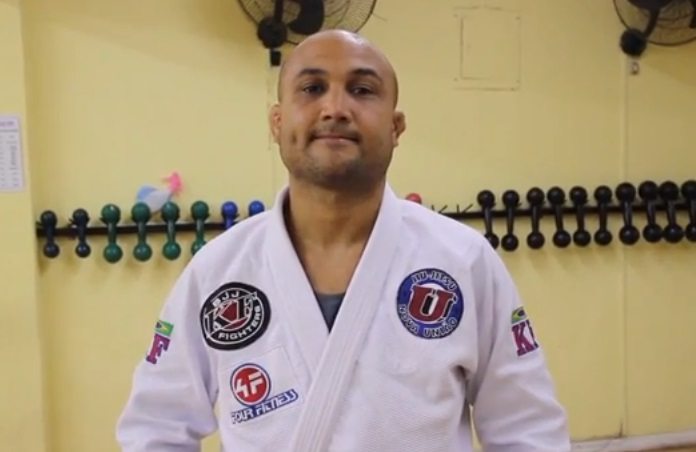 According to BJ Penn, his proudest moment was when he won the Brazilian Jiu-Jitsu (BJJ) world title

The Hawaii born Penn and he brother JD started training in Brazilian Jiu-Jitsu at the age of 17 under Tom Callos, the father of BJJ sensation Keenan Cornelius. Callos taught B.J. and his brother what he knew. BJ then moved to California and began training at the Ralph Gracie BJJ Academy. It was an excellent school that many top fighter and BJJ competitors came from including Dave and Dan Camarillo, Cameron Earle and Kurt Osiender. BJ was training here during the time that he decided to pursue a career in martial arts. BJ trained with Ralph Gracie until purplebelt  and then moved to Nova União where he was eventually awarded his black belt in 2000 by Andre Pederneiras. Right after earning his blackbelt (I think it was 3 weeks later), he became the first non-Brazilian to win the black-belt division of the World Jiu-Jitsu Championship held in Rio de Janeiro. Penn’s most well-known and prestigious achievement was placing first in the black belt division in the 2000 world championships, but he had success at the Mundials in previous years. In 1999, at the age of 20, Penn finished 3rd, earning himself a bronze medal in the brown belt division, losing only to Fernando “Tererê” Augusto, and in 1998, earned a silver medal, placing 2nd in the blue belt division. Penn is thought to have earned the fastest legitimate black beltin the art of BJJ.